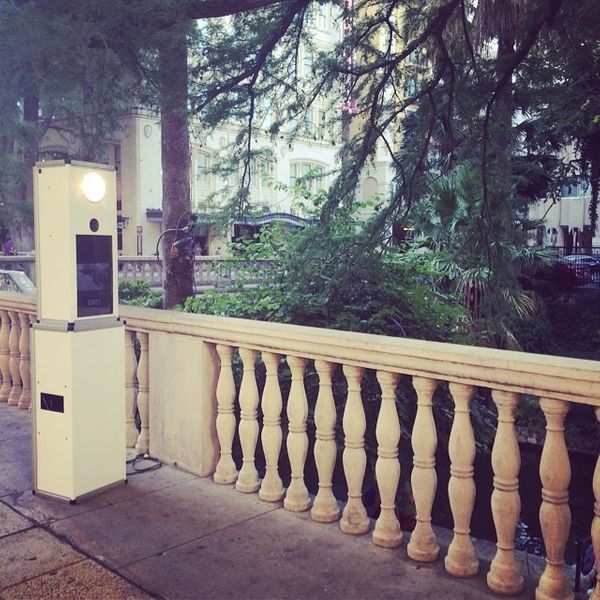 Wedding proposals are a life changing moment. Since wedding proposals only happen once, you want this moment to be memorable and absolutely perfect. Ladies and Gentleman, Valentines Day is right around the corner! Did you know that a 10% of proposals happen on February 14th. This percentage makes Valentines day the most romantic day of the year.

For those who are thinking about getting down on one knee, here is a proposal that could make this year’s February 14th extra special.

Mr. Groom contacted Ryan Salinas with URBNphoto with a Proposal scheme to knock his unsuspecting Hopeful Bride's heels off. Groom wanted to “happen upon” a photo booth on their way to a special dinner later that week, but what Hopeful Bride would see was NOT the photo they just took…... 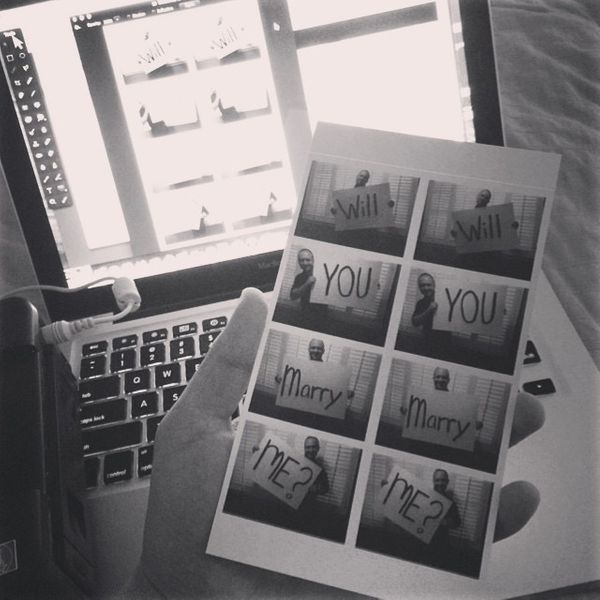 Ryan sprung into action and in 2 days, put together the whole shebang. He set up the booth on The Riverwalk in San Antonio, and went under the guise of “The URBNbooth...setting up photo booths across San Antonio as part of the city's newest promotion”. As the couple happened upon the URBNbooth on their way to dinner, the all-dresssed-up Hopeful Bride took him up on his offer for a photo with Mr. Groom.

Except when Ryan handed them the photo strip, Hopeful Bride didn’t see the photos she and Mr. Groom just took, but a pre-made strip Mr. Groom had made earlier that day. The 4 blocks of photo strip included Mr. Groom holding a HUGE question via poster “WILL…YOU…MARRY…ME?” Hopeful Bride soon became Bride-To-Be, he got down on one knee and slipped the ring on her finger. Shortly after, their friends and family who were hiding secretly from nearby came to greet and congratulate the new couple. Mr. Groom, we love the thoughtfulness and creativity, and to have it all on video is a treasure of a lifetime.

While planning a wedding, a photo booth makes an entertaining addition, but while planning a proposal, a photo booth could create the most amazing surprise of a lifetime. While posing for a 10 second timed photo-shoot in a tiny booth can be a rush. One would never expect that those 10 seconds could change their lives in the most incredible way, while having pictures to capture every shocking moment. This idea certainly goes down in the books as the surprise of a lifetime.

Good luck fellow valentines. Grab some flowers and perhaps a box of tissues and get ready for a valentines day that you and your loved one will never forget.